Ute trays are an Australian staple and used by everyone from professional tradies to recreational camping enthusiasts. Considering that ute trays are basically everpresent in the Australian lexicon, it should be surprising that often the thought of cleaning them is the furthest thing from their owners' minds. Your ute trays do need semi-regular washing to ensure that they last the test of time. If you leave them too long between cleans, it is possible to prematurely age your ute trays, and that is the last thing you want. Here are three different cleaning routines you should follow to keep your ute tray looking pristine.

The number-one thing that can cause your ute tray to age quicker is having dirt, miscellaneous construction materials and twigs scraping along the inner lining. These scratches might not seem like a big deal, but in the overall scheme of things, that is exactly how corrosive elements can wedge themselves deeply into your ute trays and cause structural issues. To avoid this, all you need to do is give your ute tray a quick brush with a fine brush to ensure that nothing is there that isn't supposed to be. Doing this at least once a week is advised and more often if your ute tray is on the older side.

Water is every cleaner's best friend, and it is no different for utes. However, you don't always need to go all out with cleaning chemicals and waxes to elicit a good, clean surface out of your ute trays. Sometimes there are bits and pieces of your ute tray that require a bit more attention than a quick brush can give, and that is where the spray down comes in. With a hose (or bucket of water), just quickly go over the entire surface and give it a good rub-down with a shammy or rag. That really is all you need to do if you are regularly brushing your ute tray. Doing a spray down every month or two is all you need to keep a shiny surface in the back of your ute.

Once every three months (more often for those who use their ute trays for a lot of construction materials and big projects), you should take the afternoon to really go over your ute trays in detail. That means using a shammy and water as well as your choice of cleaning chemicals; just be careful not to use abrasive ones that are earmarked for other tasks. For example, never use dishwashing liquid to clean your car or ute as it will strip away protective layers you want to keep intact. Vinegar is also good for cleaning cars, although that is only in a pinch. Make sure to go over every part of the surface in detail and really dig out any grime or dirt, especially in the corners that normally escape treatment. 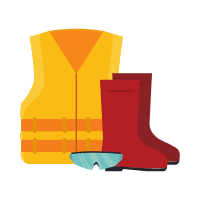 4 Reasons to Use Cantilevered Scaffolding
9 November 2022

Scaffolding is one of the most common parts of any …

Have you thought about how water is used in your b …

If your business needs to acquire one or more elec …

If you are a car owner, then you might already hav …